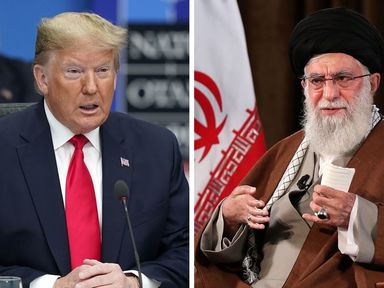 On brothers in arms – Amos Harel in Haaretz:

‘The most detailed account appeared a few days ago in The New Yorker, in excerpts from a yet-to-be published book by journalists Susan Glasser and Peter Baker (who are a couple). According to their account, Milley was extremely worried that Trump would launch a war against Iran, using the pretext that Tehran was violating the nuclear accord (from which the United States withdrew, based on Trump’s decision, in May 2018).
One of the president’s advisers raised the idea of preemptive war, ostensibly against the Iranian nuclear program, back at the beginning of last year. The planned timing? At the end of 2020, if Trump lost the election.’

‘When Trump lost the November election, the discussions about an attack resumed. According to Glasser and Baker, Milley doesn’t believe that Trump wanted a regional war; instead, the general believes that Trump sought a missile strike against Iran in response to what were described as “various provocations against U.S. interests in the region.” There was another player in the picture: Benjamin Netanyahu. Glasser and Baker write that the prime minister implored the Trump administration to attack Iran, from the moment it was clear that the election results had gone against Trump. Milley is quoted as saying: “If you do this, you’re gonna have a fucking war.”’

‘According the recent books, Milley also stood in Trump’s way when the president sought to send in the army to confront left-wing and Black demonstrators, a pretext to let him declare a state of emergency in May 2020 during the protests after the murder of George Floyd. This came up again in November amid efforts to prevent the transfer of power following the election.
But what’s interesting here, from an Israeli standpoint of course, is Netanyahu’s role in efforts to push Trump into a major American operation against the Iranian nuclear program. In retrospect, this news explains the concern among Israeli defense officials immediately following the U.S. presidential election. At issue were two unusual visits by Trump administration officials – first by the administration’s Iran point person, Elliott Abrams, and then by Secretary of State Mike Pompeo. Hints regarding this also reached Haaretz.
What was not reported was the nearly messianic sentiment that took hold of Netanyahu during that time, when he shared his hope in conversations with a few people that Trump would shake things up in the region – and actually even around the world – if he attacked Iran.
The Trump era is already a thing of the past, as is Netanyahu perhaps. But the accumulating revelations about Trump’s presidency show the depth of the former prime minister’s influence on him.’

‘And there are the foreign actors. Netanyahu’s threats to attack Iran between 2009 and 2013 convinced the Obama administration to impose economic sanctions on Tehran, which led to a softening of Iran’s stance and the signing of an interim accord in 2013 and the full nuclear accord two years later. If Israel is now threatening to burnish the offensive capacity of its air force, this message is also aimed at attentive ears in Tehran and Washington.
Since taking office as prime minister, Bennett has held an intensive “seminar” on the Iranian issue and the consolidation, if needed, of a new Israeli policy. It can be assumed that the conclusions will include a refinement of preparations in the IDF, in case Iran surprises the world and decides to rush toward the creation of a bomb.’

Read the article here.
Lost the election? Attack Iran.
More dangerous are the messianic and religious sentiments with which an attack on Iran has been described.

And let’s not forget that the rhetoric of ‘evil empires’ is a long tradition in American politics.
Reagan and the Soviet-Union, George W. and the axis of evil et cetera. It’s hard for politicians, also in Europe and elsewhere, to resist the temptation of the word ‘evil’.

But as this article makes clear neither Bennett not Biden are a guarantee that things won’t spin out of control. The absence of messianism doesn’t mean that war will be avoided.
One prepares for war in order to preserve peace, but sometimes the latter effort is unsuccessful.

Also, note this: the army chiefs as a last resort against the madness of presidents and prime ministers. This was not how democracies meant to work.
When it works it works.
Although the moment the army takes over in order to ‘preserve’ democracy we are in dangerous territory. (Egypt, Turkey before Edorgan, et cetera.)