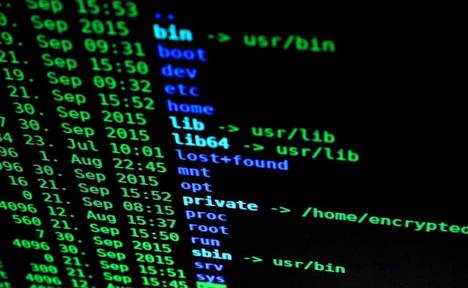 On spyware – Phineas Ruecker in Haaretz:

‘Khadija Ismayilova’s home in Baku had become like a prison. In Azerbaijan, an oil-rich nation nestled next to the Caspian Sea that since 2014 has increasingly stifled free speech and dissent, Ismayilova’s investigations into the ruling family had made her a prime target of her own government.
The Azerbaijani investigative journalist knew she was constantly being watched – and had been told as much by friends and family who had been asked to spy on her.’

‘For nearly three years, Khadija Ismayilova’s phone was regularly infected with Pegasus, a highly-sophisticated spyware tool developed by Israeli company NSO Group that gives clients access to the entirety of a phone’s contents and can even remotely access the camera and microphone, according to a forensic analysis by Amnesty International’s Security Lab, in partnership with Forbidden Stories.’

‘Ismayilova is one of nearly 200 journalists around the world whose phones have been selected as targets by NSO clients, according to the Pegasus Project, an investigation released today by a global consortium of more than 80 journalists from 17 media outlets in 10 countries, coordinated by Forbidden Stories with the technical support of Amnesty International’s Security Lab.’

‘According to an analysis of these records by the group and its partners, more than 180 journalists were selected in 21 countries by at least 12 NSO clients. These government clients range from autocratic (Bahrain, Morocco and Saudi Arabia) to democratic (India and Mexico) and span the entire world, from Hungary and Azerbaijan in Europe to Togo and Rwanda in Africa. As the Pegasus Project will show, many of them have not been afraid to select journalists, human rights defenders, political opponents, businesspeople and even heads of state as targets of this invasive technology.’

‘"The numbers vividly show the abuse is widespread, placing journalists’ lives, those of their families and associates in danger, undermining freedom of the press and shutting down critical media," said Agnes Callamard, secretary general of Amnesty International. "It is about controlling public narrative, resisting scrutiny, suppressing any dissenting voice."
Journalists appearing in these records have received legal threats, others have been arrested and defamed, and some have had to flee their countries due to persecution – only to later find that they were still under surveillance. In rare cases journalists have been killed after having been selected as targets. Today’s revelations make clear that the technology has emerged as key tool in the hands of repressive government actors and the intelligence agencies that work for them.’

‘For Szabolcs Panyi, an investigative journalist at Direkt36 in Hungary, learning that his cell phone had been infected with Pegasus spyware was “devastating.” “There are some people in this country who consider a regular journalist as dangerous as someone suspected of terrorism,” he told Forbidden Stories over an encrypted line of communication.
Panyi is an award-winning journalist who has reported on defense, foreign affairs and other sensitive subjects and has a rolodex of thousands of contacts across multiple countries, including the United States, where he spent a year on a Fulbright scholarship – making him an ideal target for intelligence services, who are known to be distrustful of U.S. influence in Hungary.’

‘Like Panyi, many journalists who are the subject of digital threats and cyber surveillance are interesting to state intelligence agencies on account of their sources, according to Igor Ostrovskiy, a private investigator in New York City who previously spied on journalists including Ronan Farrow, Jodi Kantor and Wall Street Journal reporter Bradley Hope as a subcontractor for the Israeli company Black Cube and now trains journalists in information security.
“We all know that journalists have a ton of information passing through their hands so that could be why state security could be interested,” he said. “State security could be interested in who's leaking inside the government, or inside of a business that's vital to the government, and they might be looking for that source.”’

‘More than 2,000 Indian and Pakistani numbers were selected as targets between 2017 and 2019, among them Indian journalists from nearly every major media outlet, including The Hindu, Hindustan Times, the Indian Express, India Today, Tribune, and The Pioneer. Local journalists were also selected as targets, including Jaspal Singh Heran, the editor in chief of a Punjab-based outlet that publishes only in Punjabi.’

‘Many of the journalists who spoke with Forbidden Stories and their partner news organizations expressed dismay at having learned that despite the precautions they had taken to secure their devices – such as using encrypted messaging services and updating their phones regularly – their private information was still not secure.
“We’ve been recommending to each other this tool or that tool, how to keep [our phones] more and more secure from the eyes of the government,” Ismayilova said. “And yesterday I realized that there is no way. Unless you lock yourself in [an] iron tent, there is no way that they will not interfere into your communications.””

‘Once successfully installed on the phone, Pegasus spyware gives NSO clients complete device access and thereby the ability to bypass even encrypted messaging apps like Signal, WhatsApp and Telegram. Pegasus can be activated at will until the device is shut off. As soon as it's powered back on, the phone can be reinfected.
“If someone is reading over your shoulder, it doesn't matter what kind of encryption was used,” said Bruce Schneier, a cryptologist and a fellow at Harvard’ s Berkman Center for Internet and Society.’

‘On October 2, 2018, around 1 pm, Washington Post columnist Jamal Khashoggi walked into the Saudi consulate in Turkey and never came back out. The brazen assassination of the dissident journalist initiated a wave of global responses, with world leaders, human rights groups and concerned citizens calling for an in-depth investigation into his murder – and the potential implication of NSO Group’s spyware in it.
A day before his murder, digital rights organization Citizen Lab reported that a close friend of Khashoggi, Omar Abdulaziz, had been targeted with NSO’s Pegasus in the months before Khashoggi’s murder.

NSO, for its part, has repeatedly said that it has access to a “kill switch” and that it has revoked access to clients when human rights are not respected.
The company has categorically denied any involvement in Khashoggi's murder.
But new revelations from Forbidden Stories and its partners have found that Pegasus spyware was successfully installed on the phone of Khashoggi’s fiancée Hatice Cengiz’s cell phone just four days after the murder. The phone of Khashoggi’s son, Abdullah, was selected as a target of an NSO client that appears to be the UAE government, based on the consortium's analysis of the leaked data, several weeks after the murder. Close friends, colleagues and family members of the murdered journalist were all selected as targets by NSO clients that appear to be the governments of Saudi Arabia and the UAE, according to the Pegasus Project revelations released today.
NSO Group maintains that its technology is used exclusively by intelligence agencies to track criminals and terrorists. According to NSO Group's Transparency and Responsibility report, released in June 2021, the company has 60 clients in 40 countries around the world.
“[Pegasus] is not a mass surveillance technology, and only collects data from the mobile devices of specific individuals, suspected to be involved in serious crime and terror,” NSO Group wrote in the report.’ Although the company also says that it has a list of 55 countries that it will not sell to on account of their human rights records, those countries are not listed in the report. According to the report, NSO Group has revoked access to five clients since 2016 after investigations into misuse and terminated contracts with five others that did not meet human rights standards.
"NSO Group will continue to investigate all credible claims of misuse and take appropriate action based on the results of these investigations," NSO Group wrote in its statement to Forbidden Stories and its media partners. "This includes shutting down of a customers' system, something NSO has proven it's (sic) ability and willingness to do, due to confirmed misuse, done it multiple times in the past, and will not hesitate to do again if a situation warrants."’

‘Mansouri, a freelance investigative journalist and cofounder of the Moroccan Association of Investigative Journalists (AMJI, by its French initials) who is currently working on a book about the illegal drug trade in Moroccan prisons, fled Morocco in 2016 after numerous legal and physical threats against him.
In 2014, he was beaten by two unknown assailants after leaving a meeting with human rights defenders, including historian Maati Monjib, who was later targeted with Pegasus. A year later, armed intelligence agents raided his home at 9 AM, finding him and a female friend in his bedroom together.
They stripped him naked and arrested him for “adultery,” which is a crime in Morocco. He spent 10 months in Casablanca prison, in a cell reserved for the most serious criminals that inmates had nicknamed “La Poubelle,” or “The Trash Bin.” The day after he was released from prison, Mansouri left Morocco for France, where he applied for and was granted asylum.
Five years later, Mansouri found out he was still a target of the Moroccan government.
“Every authoritarian regime sees danger everywhere,” Mansouri told Forbidden Stories. “We don’t see ourselves as dangerous because we do things that we consider to be legitimate, that we know are in our rights, but to them they’re dangerous.”’

‘Like Mansouri, many Moroccan journalists have either fled the country or stopped doing journalism altogether. Raissouni and Bouachrine’s newspaper, Akhbar al-Yaoum, burdened by their consecutive arrests and financial pressure, stopped publishing in March 2021.
“There was space for free speech in Morocco about 10 or 15 years ago,” Benchemsi said. “There is no more. It’s over. Surviving today means internalizing a high level of self-censorship, unless you support the authorities of course.”’

On July 18 Snowden (remember him?) wrote on Twitter: ‘Stop what you're doing and read this. This leak is going to be the story of the year:’

Reactions were subdued till now.

Hungary, still a member of the EU, apparently felt confident enough to use Pegasus against its own people i.e. against the enemies of the state, according to Orbán.
If Hungary feels it can treat its own citizens as lawless pariahs, other EU states will follow. So far for European values. (Hungary might not be the exception.)

Interestingly enough, most of the drugs Mafia appears to be immune against Pegasus. At least, I don’t know of any stories about criminals caught thanks to Pegasus.

There are more urgent enemies of the state than the drugs cartels.

And most important: a state that sees danger everywhere will use whatever means available to silence those it deems dangerous.