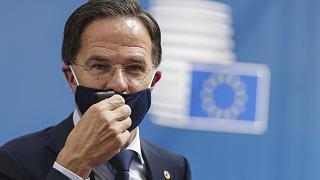 My first night in Davos since February 2020. A feverish night I have to say.
I dreamt about Prime Minister Rutte of the Netherlands, he was dressed in a three-piece suit and was standing near a small lake, actually more a puddle than a lake.
He mumbled, ‘I’m going to dive into it.’
I wanted to shout: ‘You cannot dive into a puddle.’ But I remained silent.
Without undressing he entered the puddle, actually he ran into it, and it appeared that he was ready to dive.
I feared for an accident, then I woke up.
This was also my first dream about Rutte, as far as I remember.