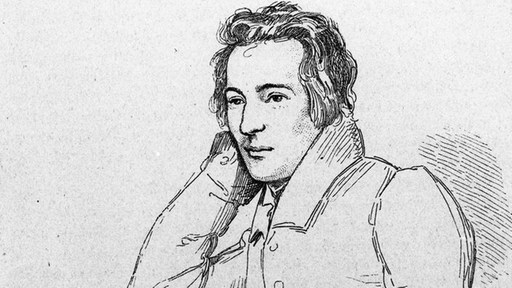 On Heine and Joseph Roth – Michael Hofmann in NYRB:

‘If I had to nominate an ideal poet, a Platonic poet, a conservator and repository of poet DNA, a poet to take after and on and from, a forsake-all-others-save-only-X poet, it wouldn’t be Byron, though it would be close. It wouldn’t be MacNeice, though ditto. It wouldn’t be Mandelstam or Akhmatova or Cavafy or Apollinaire or Ovid or Brecht or Li Bai or Bishop or Baudelaire or Les Murray or T.E. Hulme. It would be Heine. Harry or Heinrich or Henri Heine, to taste. Oscar Wilde’s older Parisian cemetery-mate Heine (1797 (?)–1856). Of those named he has perhaps the least presence in English, though it’s a strange thing to say of someone who has furnished three thousand composers with the lyrics for ten thousand lieder, who in his younger years was a bit of a scapegrace, and who for a time after his death was one of the unlikeliest and most hideously travestied of Victorian bards (more even than Shelley—isn’t it all birds and flowers?!), pirated translations of whom were made in the US, of all places.

Here’s why. A life brief, but not exquisitely so; rich in drama, but not stupidly so. Exile, first accidentally—he happened to be in Paris at the end of the Europe-wide round of disturbances in 1830—then permanently: he didn’t want to leave. As happy there as a fish in water. So happy, he said, that he wanted a happy fish to say, “As happy as Heine in Paris.” Heine makes one think that maybe Gertrude Stein—fellow Parisian, fellow fish—was wrong with her remark about remarks not being literature. Maybe that’s exactly what remarks are or literature is—certainly Heine’s, who described the Bible as ein portatives Vaterland (a portable Fatherland) to the Jews, and whose most famous utterance is to do with the burning of books being a prelude to the burning of people. Something as important as a book—or the Book—can live again as a phrase or in a phrase. He is an irresistibly quotable writer, the godfather of the soundbite. And also—because that would just be tedious—he’s the opposite: a relaxed and expansive improviser, who even in his rhymed lyrics sounds as natural as though he’s talking to you.’

‘Jewish German Protestant Royalist Revolutionary Frenchman, buried—without benefit of clergy—in the Catholic part of the cemetery, so that his much younger and devoutly Catholic wife could join him in her own time. (She did, in 1883.) In a lovely late poem called “Gedächtnisfeier,” or “Memorial Service,” he imagines her dolefully visiting his grave (sighing, “Pauvre homme!”), and, knowing her, and considering her pleasure, urges her to take a cab back and the weight off her feet: “Süsses, dickes Kind, du darfst/Nicht zu Fuss nach Hause gehen;/An dem Barrieregitter/Siehst du die Fiaker stehen.” (Sweet fat child, you mustn’t walk home;/You’ll see the cabs standing at the gate.)’

‘He was arraigned by the inveterate scold Karl Kraus for having made possible the feuilleton and “so loosened the corset on the German language that today every salesclerk can finger her breasts”; he pioneered travel writing that had little to do with travel; collected work under the title “Salon” (derived from the Salon d’Automne, the annual exhibition of painting in Paris), which could be anything at all; made a polemic on the deceased revolutionary Ludwig Börne, one of whose five sections was about the North Sea. He collected poems under the title “Ollea”—the Spanish olla podrida, a casserole or, literally, rotten pot. An all-sorts.’

‘At different times, a democrat and a royalist. As Reich-Ranicki said: ambivalent. It was important not to be bound, ergo he levitated, an ability beyond all but a very few German writers, who were accordingly reviled or at least distrusted—Brecht, I think, Enzensberger, and certainly Joseph Roth, who strikes me now as nothing more or less than Heine redivivus, a recurrence a hundred years later: Jew, cosmopolitan, charismatic exile, politically engaged, a great hater, Paris, money worries, a long malady, imperturbable, crystalline stylist, until one thinks: Is there anything in Roth that wasn’t Heine?’

‘“He possessed that divine malice without which I cannot imagine perfection,” Nietzsche wrote in Ecce Homo, while Pound’s idol Théophile Gautier called him “a mixture of Apollo and Mephisto.”’

‘The opening sentence of his first major prose publication, The Harz Journey, his 1824 travelogue on walking in the Harz Mountains, begins and ends with stuff:

“The town of Göttingen, famous for its sausages and university, belongs to the King of Hanover, and contains 999 hearths, sundry churches, a lying-in hospital, an observatory, a lock-up, a library, and a beer-cellar, where the beer is very good.”’

‘There is a materiality, a sophistication—as well as a good humor—to these words that makes me think that, had Pound known Heine better (he uses his distich, “Aus meinen großen Schmerzen/Mach ich die kleinen Lieder,” “From my great sorrows/I make my little songs,” as an epigraph for his poem “The Bellaires”), he might have found a more plausible peg for his elusive quality of logopoiea than any he did find. Grosse makes kleine; Lieder, the substantive at the end of the second line, supplants the Schmerzen at the end of the first; they are a pair, but so are meine and kleine. But perhaps most of all, meinen gives way to mach ich, “my” to “I make.” (It’s the secret of how art works.)’

‘Logopoiea, as I understand it, is manipulating the pressure of earnestness or irony in a sentence or phrase. The attempt to get a word to be more than itself, to get above itself or beyond itself, to put spin on it, or wah, or stretch, or reverb, the word that, as Heine says, “ist eitel Dunst und Hauch,” nothing but mist and breath. True. Sometimes. But sometimes it’s more. As in “Die kranke Seele,/Die gottverleugnende, engelverleugnende,/Unselige Seele,” the god-denying, angel-denying, sick, unhappy spirit: the unselige Seele. Or here: Laura heißt sie! Wie Petrarcha Kann ich jetzt platonisch schwelgen In dem Wohllaut dieses Namens— Weiter hat ers nie gebracht.
“Like Petrarch,” goes Branscombe’s prose literal, “I can now bask platonically in the euphony of this name—he never got any further.” Wohllaut plays—not so platonically—with Laura, while the crashing gebracht (minus one syllable) by suggestion smashes the little “a” at the end of the still more euphonious Petrarcha. In his paean (not really!) to King Ludwig of Bavaria, Heine writes, “Das Volk der Bavaren verehrt in ihm/Den angestammelten König.” Not angestammt, hereditary, ancestral, but angestammelt, someone who comes stuttering up. No wonder the Bavarians had a warrant out for his arrest!’

Logopoeia ‘is manipulating the pressure of earnestness or irony in a sentence or phrase.’ Than most of (good) literature is logopoeia. This is probably not what Ezra Pound meant when he coined this word. I haven’t read Pound since my 19th or 20th, perhaps it’s time to go back to him.
If I have to choose between Joseph Roth and Heinrich Heine, I would take Joseph Roth with me.
But it might be time to read Heine again.

Speaking of ambivalence, take this ending of my father’s favorite Heine poem ‘Disputation’:

I won’t attempt to translate these lines. Just keep in mind that Heine suspected that both rabbi and monk were stinkers.

Heine as ideal poet, my parents couldn’t be more pleased. The time that they put me to shame by reciting Heine’s poems when we had visitors is over. No visitors are coming to their house, they are in their graves in Jerusalem, and my sister couldn’t care less for Heine. It’s a dirty job, but some son has to do it.