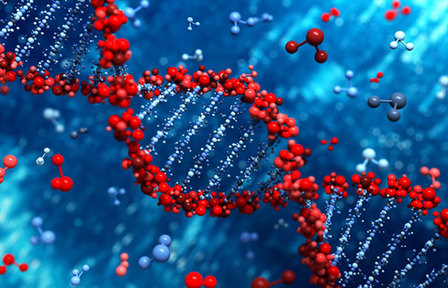 On genes, desirable outcomes and Satan – Gideon Lewis-Kraus in The New Yorker:

‘Until she was thirty-three, Kathryn Paige Harden, a professor of psychology at the University of Texas at Austin, had enjoyed a vocational ascent so steady that it seemed guided by the hand of predestination. When she first went on the job market, at twenty-six, her graduate-school mentor, Eric Turkheimer, a professor at the University of Virginia, recommended her with an almost mystified alacrity. “More than anyone else who has come through my lab, I find myself answering questions by saying, ‘We should check with Paige,’ ” he wrote. “I am absolutely confident she will be a successful addition to any faculty, and she brings a significant chance of being a superstar.” Her early scholarship was singled out for prestigious awards and grants, and she was offered tenure at thirty-two. In 2016, she began co-hosting an Introduction to Psychology class from a soundstage, in the style of a morning show—she and her colleague drank coffee from matching mugs—that was live-streamed each semester to more than a thousand students. She couldn’t cross campus without being stopped for selfies.
Harden works in the field of behavior genetics, which investigates the influence of genes on character traits (neuroticism, agreeableness) and life outcomes (educational attainment, income, criminality). Such research has historically relied upon “twin studies,” which compare identical twins with fraternal ones to differentiate genetic from environmental effects. As a new professor, she co-founded the Texas Twin Project, the first registry engineered to maximize representation of low-income families from ethnically diverse backgrounds.’

‘In the past few years, Harden noted, new molecular techniques have begun to shore up the basic finding that our personal trajectories owe a considerable debt to our genes.’

‘Harden understands herself to be waging a two-front campaign. On her left are those inclined to insist that genes don’t really matter; on her right are those who suspect that genes are, in fact, the only things that matter. The history of behavior genetics is the story of each generation’s attempt to chart a middle course. When the discipline first began to coalesce, in the early nineteen-sixties, the memory of Nazi atrocities rendered the eugenics threat distinctly untheoretical. The reigning model of human development, which seemed to accord with postwar liberal principles, was behaviorism, with its hope that environmental manipulation could produce any desired outcome. It did not take much, however, to notice that there is considerable variance in the distribution of human abilities. The early behavior geneticists started with the premise that our nature is neither perfectly fixed nor perfectly plastic, and that this was a good thing. They conscripted as their intellectual patriarch the Russian émigré Theodosius Dobzhansky, an evolutionary biologist who was committed to anti-racism and to the conviction that “genetic diversity is mankind’s most precious resource, not a regrettable deviation from an ideal state of monotonous sameness.”’

‘In 1972, Christopher Jencks, a sociologist at Harvard, proposed the thought experiment of a country in which red-haired children were prevented from going to school. One might anticipate that such children would demonstrate a weaker reading ability, which, because red hair is genetic in origin, would be conspicuously linked to their genes—and would, in some bizarre sense, be “caused” by them.’

‘There will also be greater “inequality” among the well-provisioned plants; perhaps counterintuitively, the more uniformly beneficial the climate, the more pronounced the effects of genetic difference.)’

‘The scholar James Flynn found that, for reasons that are not entirely understood, the average I.Q. of a population increases significantly over time: most people living a hundred years ago, were they given contemporary I.Q. tests, would easily have qualified as what early psychometricians called, with putative technical precision, “morons” or “imbeciles.”’

‘Just because outcomes might be partly genetic didn’t mean that they were inevitable.’

‘At twenty, she applied to graduate school in clinical psychology. Her father’s only comment was “I was afraid you were going to say that.”’

‘Harden’s work in Turkheimer’s lab remained squarely within this tradition. For example, the state of Texas spent a lot of money on school programs to promote sexual abstinence, on the basis of research that showed a correlation between adolescent sexuality and subsequent antisocial behavior. Harden used a twin study to demonstrate that a twin who began having sex early showed no greater likelihood of engaging in risky behavior than her twin who had abstained. In other words, both behaviors might be the expression of some underlying predisposition, but no causal arrow could be drawn.’

‘Harden described her book to me as “fundamentally defensive in a lot of ways,” and before she makes any claims for what we can learn from gwas results she goes into great detail about their limitations. gwas simply provides a picture of how genes are correlated with success, or mental health, or criminality, for particular populations in a particular society at a particular time: it wouldn’t make sense to compare findings for educational attainment for women in America today with women who came of age before sex-based discrimination was outlawed in higher education. And gwas results are not “portable”: a study conducted on white Britons tells you little about people in Estonia or Nigeria. Polygenic scores remain poor predictors of individual outcomes—there are plenty of people on the low end of the spectrum for educational attainment who go on to graduate studies, and plenty of people on the high end who never secure a high-school diploma.’

‘But even this measure does not solve Christopher Jencks’s redhead problem. “A person might go far in education because they are smart and curious and hard-working, or because they are conforming and risk-averse and obsessive, or because they have features (pretty, tall, skinny, light-colored) that privilege them in an intractably biased society,” Harden writes. “A study of what is correlated with succeeding in an education system doesn’t tell you whether that system is good, or fair, or just.”’

‘My subjective experience of my sunglasses being broken is that you have good intentions and life goes awry—it’s easy to interpret these things as events that happen to you. But, on the other hand, I bring all sorts of things that make these experiences repeatable in ways that are extremely difficult to describe. It’s obviously difficult to do exact science on the ways I repeatedly break my Ray-Bans, just like it’s difficult or impossible to explain marital status on a molecular level.” She picked her sunglasses up off the table and put them back on. “But I do think that in the end you end up becoming yourself.”’

The right loves to talk about yes, at least those who are eloquently enough to do so, but the left cannot afford it any longer to be silent about it.

Yes, unfortunately not all inequalities will disappear in a perfect society.

Interestingly enough, Peter Singer liked Kathryn Page Harden’s work – or maybe that should not come as a surprise. If we accept that there are fundamental differences between humans, which cannot be overcome by societal changes, we might accept as well that the huge differences between cows and human beings, for example, should not lead go us believe that humans are above cows.

I’m not sure with what kind of hierarchy we will end up with. And I’m skeptical if we can get rid of competition, but perhaps a bit more humbleness will be a side effect of all this.
The small difference between luck and bad luck has little to do with personal qualities.

Of course, we knew already that surviving a concentration camp in Nazi Germany was mostly a matter of luck, although certain capacities could help. A command of German, being young, being healthy.
It should not come as a surprise that there is not much pride in surviving or in winning.

And what is in this context becoming yourself? We are far away from Nietzsche, but we can still become who we are.