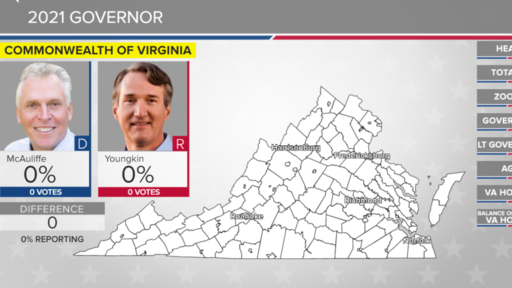 On Virginia and losing – Isaac Chotiner talking to pollster Sean Trende in The New Yorker:

‘Why did you say it’s good for Democrats that the swing against them is pretty uniform? It means that there are big-picture things going on that are out of their hands and that are also out of the hands of Republicans. If it’s covid, if it’s the economy, maybe those things get better in a year. Maybe I am a bit nihilistic in that I think a lot of these things really are outside the control of what happens in Washington. If we had seen a massive swing in Loudoun County, which was ground zero for the critical-race-theory issue, that would suggest the Republicans have an issue they can latch on to and use to really pound the Democrats in the midterms. But, for now, it looks like if Republicans are going to win, it will be by virtue of not being in power, rather than having some agenda the public is lining up behind.’

Not even critical race theory matters.

Democratic gain and losses, it’s all about the virtue of not being in power.

And yes, so many things are outside the control of what happens in Washington, Berlin, Paris.