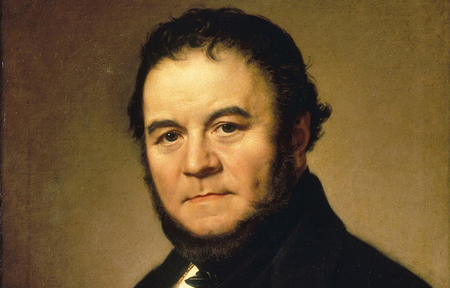 On the top dog - Andrew Stark in TLS:

‘In The Good-Enough Life, Avram Alpert, building on recent work by Michael Sandel and Kwame Appiah, critiques our pervasive need to be the greatest. Those who gain recognition for being the greatest in their field – business, politics, athletics, the arts – are, in fact, almost never the most talented. Countless numbers of us with even greater abilities lack the opportunities or wealth to develop them. Who knows how many great swimming talents never got the same lucky breaks as Michael Phelps? Yet even though success and talent have only the vaguest of nodding relationships, we hold fast to a meritocratic ideal that insists on the contrary: that those who have achieved the greatest success are always the most talented. And with poisonous results. Those whom success eludes, Alpert notes, not only sustain the injuries that come with failure, such as a dearth of wealth, fame or power, but also bear the insult of being deemed undeserving of them because they lack the requisite ability, skill or aptitude.’

‘We all, he says, have the capacity to show “kindness and empathy” or “cooperation and connectedness and care”. Accordingly, we should bestow social recognition – regard, honour, respect – on those common moral qualities, not on uncommon talent. It should be good enough just to be good enough.’

‘I once met a Wall Street lawyer named Jack Gumpert Wasserman who told me that he headed a group devoted to the poetry of Lord Byron. Wasserman, one might reasonably presume, is the greatest Byron scholar ever among Wall Street lawyers. It was once said of the journalist A. J. Liebling that he wrote better than anyone who wrote faster, and faster than anyone who wrote better. Liebling, evidently, sat at the top of two personally tailored heaps. When Lee Iacocca led Ford, he said that he and his colleagues saw themselves “as artists about to produce the finest masterpieces the world had ever seen”. And so a new custom-made talent – artistry among automobile executives – was born, and Iacocca sought recognition for being the greatest.
Even Phelps has got in on the act. After Caeleb Dressel won eight medals at the swimming world championships in South Korea – one more than Phelps’s total at the world championship in Melbourne – he denied that Dressel had surpassed him. “When I won seven golds”, he noted, “I broke five world records.” If no longer at the top of the medals-in-one-meet heap, Phelps now found himself on top of a new heap: most medals in one meet among those who have also broken five world records.’

‘Think of how we enjoy discovering that a successful movie actor is a moral reprobate. There’s a certain justice here: the actor pays for his Oscars by appearing regularly in the tabloids. Meanwhile, those who are not so successful can credibly claim – precisely because they have failed – to be virtuous. They didn’t have the sharp elbows, the guile, the raw, self-absorbed ambition that’s so often associated with success. It seems unfair when people monopolize both social recognition and moral virtue. I certainly don’t want to read yet another article about how Tom Hanks is not only a world-renowned actor, but also just the nicest guy.’

‘Alpert roots much of his discussion in Michael Walzer’s influential notion of complex equality. Social life, Walzer says, divides itself into many different spheres: business, science, athletics and so forth. We want those spheres to be internally coherent, such that the most recognized athletes are the most athletically talented, the most successful businesspeople are the ones who offer the best products at the best prices, and the most celebrated scientists are those who are the most scientifically brilliant. Accordingly, the spheres should be externally sealed off from each other. Top athletes should not use their celebrity to make millions endorsing sub-par business products. Successful businesspeople should not use their wealth to sway scientific research agendas. Gifted scientists should not figure out how to dope athletes in technically legal ways.
As Alpert notes, though, thanks to our greatness fixation, we fall well short of Walzer’s ideal of internally coherent and externally bounded social spheres. Yet perhaps a kind of fairness emerges precisely when the various spheres lose some of their internal coherence: when those who are the most socially recognized in their fields are not necessarily the most talented, gifted or able. Perhaps if Elon Musk is the wealthiest person on the planet, we want someone else to win the Entrepreneur of the Year award. Maybe if baseball’s Ted Williams scooped up two triple crowns, we might think it only fair if another slugger – Babe Ruth, say, who never won a triple crown (ie leading a league in batting average, home runs and runs batted in) – is seen as the greater player. If Stephen Hawking was the most visionary physicist of his generation, isn’t there some distributive justice involved when relative unknowns win the Nobel prize in physics, which Hawking never did? If fairness can arise when spheres grow less internally coherent, perhaps it also materializes when – in a million different ways – we make them more externally porous: when we break down the boundaries between the spheres of Byron scholar and Wall Street lawyer, such that we have a new sphere with a new top dog. So yes, as Alpert suggests, we should guard the internal integrity of spheres while policing their borders externally. But not too much. We should also be looking for helpful ways to break down the external barriers between spheres. And we shouldn’t always shy away from shaking up their internal integrity.’

The most talented are not always the most successful, absolutely.
But how do you measure success?

Stendhal famously only sold a few hundred copies of his books during his lifetime. Success or no success?

Today I was in a very nice bookstore in Portland (ME) but Kafka was nowhere to be found.

Posthumous success is rare but is success as well. And sometimes it doesn’t last forever. But then again, what do we mean by success? Also, more top dogs beautiful, many things can be democratized but if most people will be a top dog the true top dogs will be super-top dogs.
Even morally outstanding people often long to be the exception, and they long to be rewarded for it.

Success and talent are two different things, but does that mean that talent doesn’t exist? Then the jurors of many prices could be replaced by a lottery system.

And if the main thing is to fight injustice, how do we measure injustice?