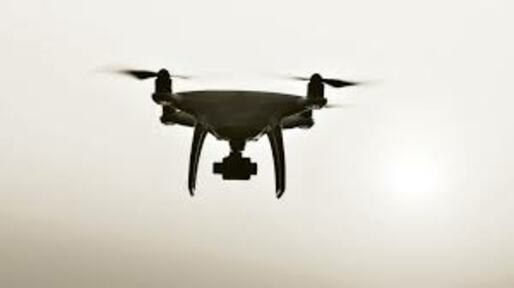 On AI – an interview with Toby Walsh, conducted by Hilmar Schmundt (in Der Spiegel):

‘DER SPIEGEL: The Russian war of aggression against Ukraine seems at times like a test run for modern weapons systems. Ukraine relied heavily on Turkish Bayraktar drones from the start, and now Russia could follow suit with Iranian drones. Could these weapons also be used autonomously in the future, controlled with the help of artificial intelligence?

Walsh: Yes, the use of AI-controlled killer robots is only a matter of time. I just warned in an essay about a new type of Russian anti-personnel mine called the POM-3. The POM-3 is based on a German Wehrmacht design called the Schrapnellmine, jokingly called "Bouncing Betty" by Allied soldiers. This is because this mine detects footsteps, then first jumps into the air and then detonates at a height of one meter to shred as many soldiers as possible with shrapnel. Russia has announced that it will control this shrapnel mine using AI software that can accurately distinguish whether its own Russian units are approaching, in which case it will not explode; or whether they are enemy soldiers, in which case it will go off. Such landmines are bestial, shredding people indiscriminately, often hitting children. That is why they are outlawed internationally; 164 states have pledged not to use them, including Ukraine. Russia is not among them. My criticism of the POM-3 gave me access to a club: I ended up on an entry ban list and am no longer allowed to travel to Russia. I take that as a compliment.’

‘A global AI arms race has long been underway, of which the public has so far been largely unaware. The U.S. Army is developing a robotic tank called Atlas. The U.S. Navy is working on a fully automated robotic warship called Sea Hunter, which has already autonomously completed a voyage from Hawaii to the California coast. China is also developing AI-controlled missiles. And Russia wants to develop an autonomous, unmanned submarine called Poseidon that can even be equipped with nuclear weapons. That's a nightmare. Can you think of anything more terrifying than a submarine in which, instead of a captain, a computer program decides whether to start a nuclear war?’

‘DER SPIEGEL: Who bears responsibility if robotic weapons commit war crimes? As early as 2017, there was serious discussion in the European Parliament about granting some machines something like a special person status, at least in the long term, so that they can be held accountable in the event of misconduct.

Walsh: Yes, but what good would that do? After all, corporations are also considered "legal persons" in some countries. But that's often not very helpful when it comes to white-collar crimes.
DER SPIEGEL: Are offensive killer robots already in use? Walsh: There's a lot of speculation. But it appears that Turkey has sent an autonomous drone called Kargu with facial recognition software to hunt humans on the Syrian border. Kargu reportedly uses the same-facial recognition algoriths as in your smartphone, with all their errors, to identify and kill people on the ground. Imagine how terrifying it will be to be chased by a swarm of killer drones. Even if they don't work particularly reliably, of course, dictatorships could use them to terrify the population. They would be ideally suited for state terror.’

‘DER SPIEGEL: Just four years ago, you predicted a glorious future for AI in your bestseller "It's Alive." What led to your change of heart? Walsh: Reality happened! We've just seen a lot of unpleasant side effects of AI. Gradually, it became clearer and clearer the extent to which targeted election advertising was being used to sort of hack people's brains into voting for Donald Trump or Brexit, which often goes against their own interests. And through self-learning programs, these attacks have swelled into a perfect storm.
DER SPIEGEL: Does it give you hope that the European Union is currently working on a directive on "Trusted AI"? Walsh: The EU is really leading the way when it comes to regulating AI. And the European market is big enough that it's worthwhile for global corporations to adapt their AI products to European rules. However, the devil is in the details. Formulating rules is one thing, but the question is how vigorously compliance with the rules will then actually be enforced.’

‘DER SPIEGEL: Couldn't we just pull the plug on an AI system that misbehaves – and that would be the end of it? Walsh: No way! We can't just turn off the computers of the global banking system, then the global economy would collapse. We can't turn off the computers of air traffic control either, then traffic would collapse. We also can't turn off the computers of power plants, because then we would experience a blackout. We are totally dependent on computers, already today. This dependence is only increasing with AI. We can't get rid of it. We can only try to ensure that the values of AI are in harmony with the values of our society.
DER SPIEGEL: You once correctly predicted that a self-driving car would cause a fatal accident with a cyclist and pedestrian, which is exactly what happened one year later. What do you predict for the next five years? Walsh: With automatic facial recognition, we will see scandals. The American startup Clearview AI has scraped millions of photos without the consent of the people involved. The company was sued for that, but just keeps going. It's incredible they haven't already been sued into bankruptcy. And one more prediction: deep fakes – i.e. movies and photos manipulated with the help of AI on the internet – will increase. In a few years, deep fakes will decide an election or trigger a war – or even both.’

As to the swarms of killer drones, terror just got easier indeed. First for the state, then for groups fighting the state, because we know the arms race never ends. Most races never end.

And deep fakes will trigger a war or decide an election or both, that seems to me a plausible prediction.

Compared to deep fakes, even the most fanatic religious sect appears to be innocent.