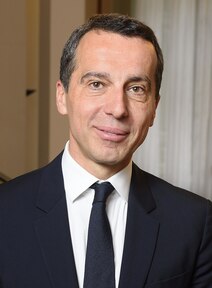 On the price cap – Jennifer Rankin in The Guardian:

‘The president of the European Commission, Ursula von der Leyen, said Russia had ramped up the invasion to “a new level”, listing the sham referendums in Russian-occupied territory, the partial mobilisation order and Vladimir Putin’s threat to use nuclear weapons. “We are determined to make the Kremlin pay for this further escalation,” she said.
She promised the EU would introduce a price cap on Russian oil to “help reduce Russian revenues and keep the global market stable”. The European Commission also wants to impose further restrictions on hi-tech goods the EU can sell to Russia such as certain chemicals and aviation components to further weaken the Kremlin’s ability to wage war.’

‘The ambassadors of the EU’s 27 member states were briefed by Commission officials on the plans on Wednesday afternoon. While the plans predate the fake referendums organised by Russia in occupied Ukraine, the EU has responded by adding more people to its sanctions list. Officials who work for proxy Russian authorities in Donetsk, Luhansk, Kherson and Zaporizhzhia, as well as those who have facilitated the sham polls, will face EU visa bans and asset freezes.
The EU proposal for an oil price cap was widely expected after a pledge by the G7 earlier this month. Under plans agreed by the US, Canada, Japan, the UK, France, Germany and Italy, firms shipping and insuring Russian oil will only be able to operate if they adhere to a price below a yet-to-be-determined level.
The plan takes advantage of the fact that most Russian oil is shipped and insured by companies operating in the EU and the UK. The price cap, pushed by the US Treasury secretary, Janet Yellen, and Italy’s outgoing prime minister, Mario Draghi, is seen as a necessary follow-up to the EU’s decision to ban 90% of Russian oil imports at the end of the year.’

‘“This [sanctions] weapon backfired and Europeans are paying a sanctions surcharge for oil, gas and electricity,” the Hungarian prime minister, Viktor Orbán, told his parliament on Monday. The Orbán government also plans to organise a referendum on public support for sanctions, a well-established tool it uses to raise the temperature in its disputes with the EU.
Ustenko said the European Commission should consider withholding EU funds from Hungary if the country failed to support sanctions. The legal options for such a step are doubtful, although Brussels has threatened to suspend €7.5bn of EU funds for Budapest over separate concerns about corruption.
Another element of the sanctions plan includes a ban on EU nationals sitting on the boards of Russian companies, a move that would affect the former German chancellor Gerhard Schrӧder, who has been excoriated for refusing to give up his friendship with Putin. Schrӧder stood down from Russian oil major Rosneft in May, but retains a role at pipeline company Nord Stream.’

‘Diplomats said the proposals were not target explicitly at Schrӧder. After Putin launched the invasion off Ukraine, the former French prime minister and presidential candidate François Fillon stood down from positions on the boards of two Russian companies, while the former Austrian chancellor Christian Kern quit the board of Russia’s state-owned railways.’

I’m all in favor of sanctions against Putin and his allies, but as we know from Saddam and Milosevic, sanctions give the braze smuggler plenty of new opportunities. Sometimes, the smuggler is not even needed, Orbán is already slowly but steadily backing out.

But the oil price cap is better than nothing and might even be more effective than old-fashioned sanctions. And it’s always delightful to be reminded of Christian Kern’s existence.