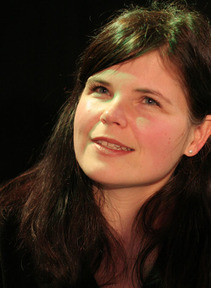 Do men prefer virgins? This was one of the topics that came up during a public conversation I had yesterday with the German author Julia Franck in the Goethe Institute in Amsterdam.
In her novel “Lady Midday” (Die Mittagsfrau) a man named Wilhelm is unpleasantly surprised when he finds out during the wedding night that his wife is not a virgin. According to Wilhelm quite the opposite: “A wild cat.” Julia Franck explained that there was a connection between this scene and her own life. Apparently some men, at least some German men, still prefer inexperienced women.