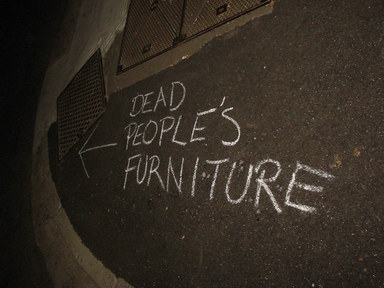 As is well known by now a political party that is fighting primarily for animals and their rights gained two seats in parliament during the last election in the Netherlands.
For a while I was playing with the idea of starting a political party for extraterrestrials. One question that hunts me since a couple of years is: are there Jewish extraterrestrials? And if so, why haven’t we heard from them? But today I decided that a political party for dead people is much more needed.
Dead people of all countries, unite! When in doubt trust me: probably you have been dead for years.