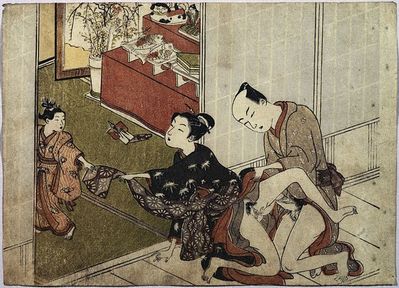 Back in 1996 I worked as a waiter in Tanti Baci, an Italian restaurant in Manhattan. Mainly to do research, but that’s not the point.
The manager was a young man from Italy, named Tommaso. He wanted to become a movie producer, if I’m not mistaken.
We became friends or at least acquaintances and Tommaso made it to LA and the movie industry.
Tonight I had dinner with him and his girlfriend Ety from Peru. She makes erotic puppets.
About a former boyfriend she said: “He left me for a falafel-girl.” And about her deflowering: “The first time I slept with a boy I slept with two boys.”