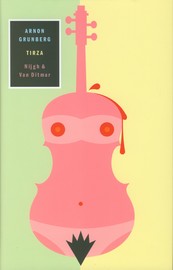 Jörgen Hofmeester once had it all: a representative wife, a nice house with a garden in an upperclass neighboorhood of Amsterdam, a respectful job as an editor of translated fiction, two beautiful and bright daughters named Ibi and Tirza and a large amount of money on a Swiss bank account, because of the the rent that he collects as the landlord of a room in his house.
During the preparations for the party celebrating the graduation of his daughter Tirza and her classmates we come to know what he has lost. His wife has left him for a lover, Ibi has left Holland to start a bed and breakfast in France of which he opposed, the director of the publishing house has fired him and his savings got lost in a hedge fund, because of the economy after 9/11.
On weekdays he hangs around at Schiphol Airport.
The only things Hofmeester still has are his salary, his house and foremost his youngest daughter Tirza, the sunqueen.
Suddenly after three years his wife returns and Tirza gets a new boyfriend named Choukri who looks like Mohammed Atta. To make things worse Tirza and Choukri will go on a one year holiday to Africa: the Dark Continent. 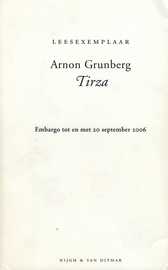 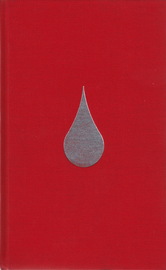 Nijgh & Van Ditmar, Amsterdam 2006. 50 signed copies, a present for the people who were invited at the book presentation. 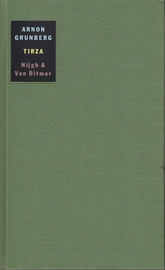 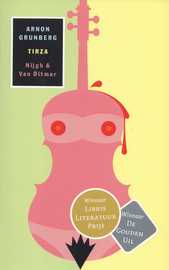 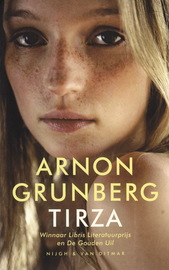 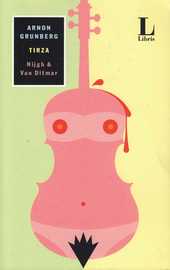 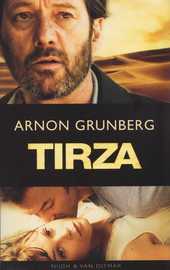 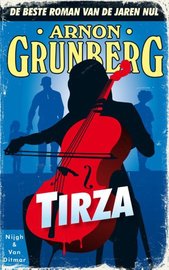 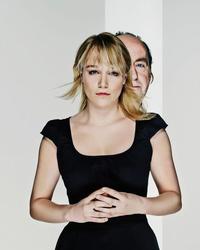 A radio play by De Hoorspelfabriek (2010). Adaptation by Anne Lichthart. 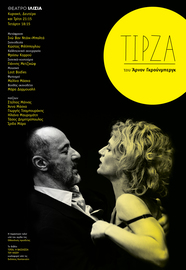 In November 2013 a Greek adaptation premiered in Athens in the Ilisia Theatre. Directed by Costas Filippoglou. 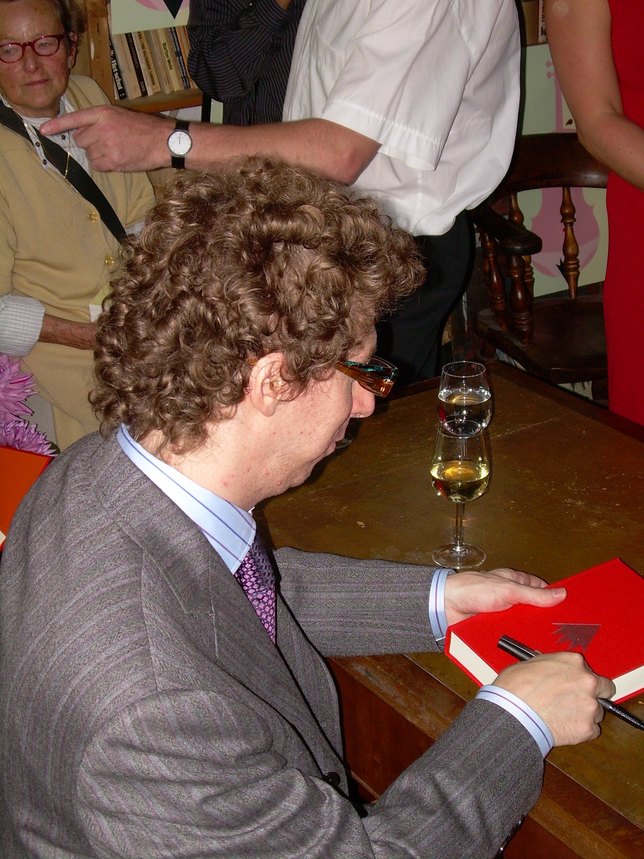 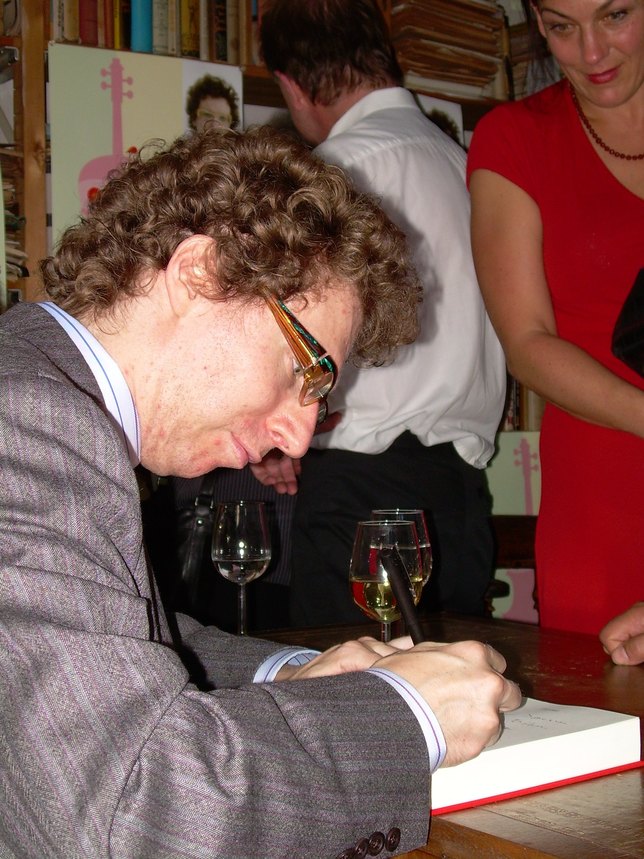 Above: Arnon Grunberg signing at the presentation of Tirza in the Van Eeghenstraat, Amsterdam (9/20/2006). Photos by: Johannes van der Sluis 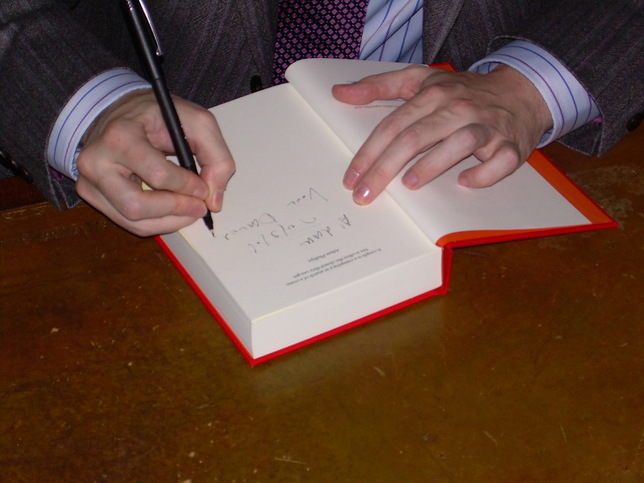