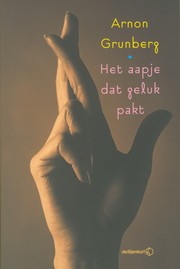 Jean Baptist Warnke is a diplomat who works for the Dutch embassy in Lima, Peru. He is married, has two children and seems to be happy. But then he meets Malena in the café El Corner. The formal man falls hopelessly in love and begins an affair with this Peruvian girl. The story is situated during the hostage in the Japanese embassy and it is very unclear where love ends and politics begin. 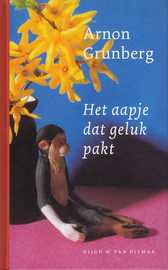 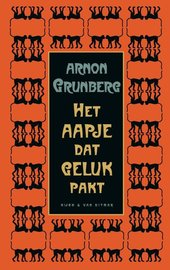 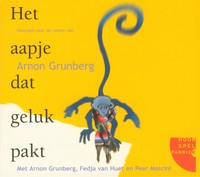 Left: In 2007 a radio play of Monkey Grabbing Hold of Happiness was made by de HoorSpelFabriek. Adaptation by Boudewijn Paans and direction by Marlies Cordia. Voices: Fedja van Huet, Peer Mascini and most notably Arnon Grunberg himself.

Right: Arnon Grunberg in his hotel in Amsterdam on the 11th of February during the recording session for the radio play. Photo by Marlies Cordia.