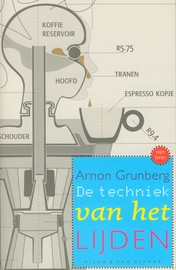 In 2005 Arnon Grunberg was guest writer at the Technical University of Delft. He held two public readings, an opening reading called 'The Souprock' and the Vermeer Reading called 'The Superior Being Isn't That Bad'. Besides the readings he lead masterclasses. The readings and a presentation of the machines that the students built under Grunberg's supervision were collected in The Technique of Suffering. The students also wrote essays on suffering that were published in The New Suffering (2007), with an introduction by Arnon Grunberg. 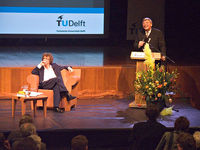 Left: Q & A with Arnon Grunberg after the Vermeer Reading (moderator: Mr. Fokkema of TU Delft). Photo by: Aernout Peeters 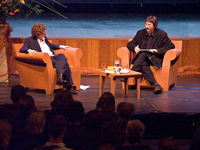