Arnon Grunberg wrote about his visit to the Dutch army in Afghanistan in the summer of 2006 in NRC Handelsblad. These articles were also collected in Among the Soldiers. Read it in English here. The book was a new year gift (2006/2007) for friends of the publishing house Nijgh & Van Ditmar. The Dutch Ministry of Defence gave a special edition as a Christmas gift to the Dutch soldiers.
In October 2007 Grunberg visited the soldiers for the second time and wrote a daily column during his stay. 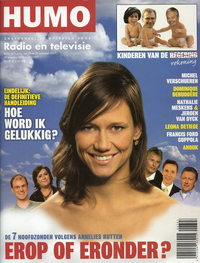 Left: Humo published the complete second Afghanistan series on the 20th of November 2007.